Thank you for your review. We're glad you enjoyed your stay. We appreciate the feedback and we hope you will stay with us again. 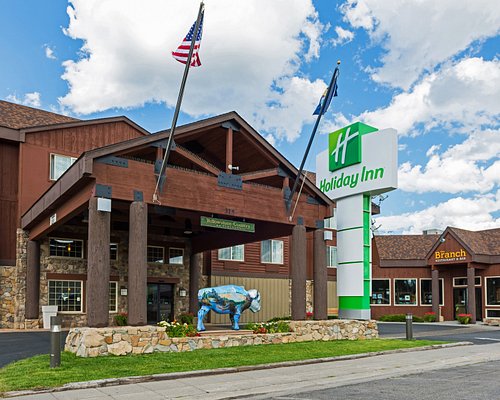 Hoogstgewaardeerd
Explorer Cabins at Yellowstone
US$ 262 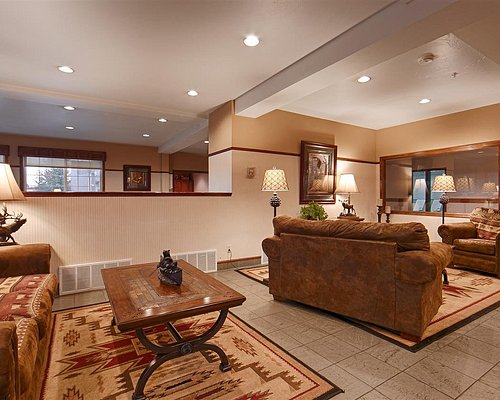 Thank you for choosing to stay with us on your recent visit after traveling so far. We're glad to hear that you enjoyed your stay and hope that you will recommend us to friends and family back home should they decide to visit Yellowstone some day.

Thanks for choosing to stay with us and for taking the time to share your experience. If we understood the Google translation, we're sorry to hear that you were not impressed by our new lodge style furnishings or our expanded breakfast. We're also sorry to hear that you thought that our hotel was quite expensive in January which features some of our lowest rates of the year. By contrast, most hotels in the Yellowstone area are at least three times more expensive in the summer season when millions of guests overwhelm the entire park area. We hope you will have the opportunity to make a return visit dome day in other seasons. For the most affordable lodging rates, we would suggest some advanced research on TripAdvisor to compare rates, reviews and amenities of hotels in West Yellowstone but also drive times from other nearby towns so that you might make an informed choice of how far from the park area that you are willing to drive for the best lodging rates.

Sorry we missed responding to this review. It did not show up until long after your stay, possibly due to the language difference.

We're sorry that we did not apologize to you directly when the fire alarm was set off late at night because of another guest's actions. In fact, different guests actually pulled other alarms when they smelled the smoke from the burnt bread in the toaster and their actions caused repeated alarms which delayed our ability to resolve the issue quickly. Of course our primary concern was determining if there was an actual fire and getting our guests to safety if such a condition existed. As soon as we discovered the actual problem, our next concern was getting the alarms shut off, making sure that anyone stuck in the elevators was released and attempting to make sue that every guest understood that it was not a real fire so that they did not have to go outside and stand in the rain while we evacuated the building. It took well over an hour to get everything back to normal with over a hundred guests crowding into the lobby asking questions and then complaining that they were disturbed when they were told that it was not a fire.

The fire alarm system is required by law to protect our guests from real emergencies, but due to the nature of the system, it also can be set off by guests who do foolish things which are out of our control. We apologize that you were inconvenienced by the alarm but glad that it was not a real fire and that no one was hurt which is the most important reason for having an alarm system. I'm sorry that we did not have anyone who was able to communicate in your own language if you missed any of the information that was provided during the heat of the situation.