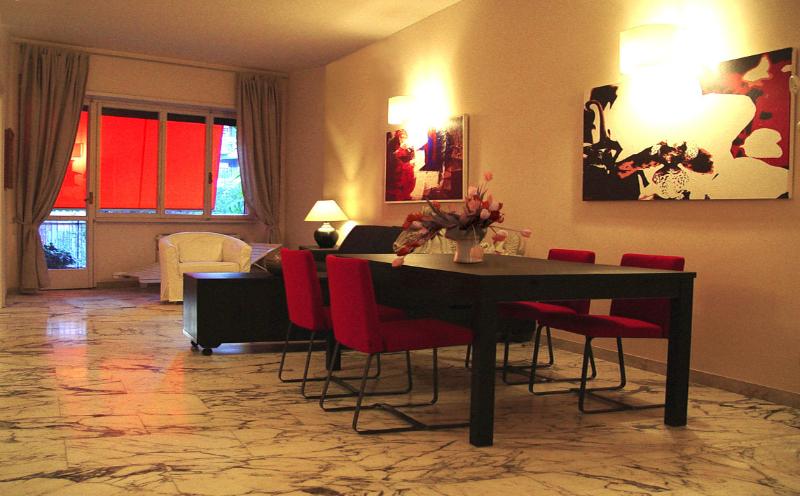 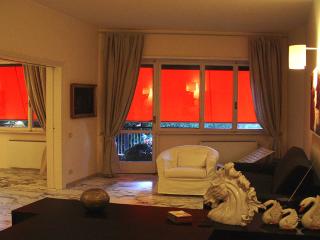 I expected him between 7 pm and 8 pm, as announced in his last update on arrival time, but he arrived in the middle of the night. I have not received any phone calls to warn me of the delay. Since I had other commitments in another part of Rome, after 10.30 pm I asked a friend of mine to wait for him and to represent me.

I had prepared the apartment to receive him with all the honors. I had put two bottles of white wine and two kinds of mineral water in the fridge, but none of the Minivan occupants, with whom he had been transported up to my house, wanted to get out of the car and take a look at my apartment, apart from Karen, the only one that seems to be equipped with a certain mobility and a certain hurry.

I had warned Karl that there was an external ramp and an internal ramp that led to the elevator, but, perhaps due to the fatigue and discomfort, none of the Minivan occupants wanted to go down from the car and try to climb up to the apartment (and yet, as can be seen from the photos I sent to TripAdvisor, the ramps have a sweet inclination).

In all exchanges by mail and for WhatsApp with Karl (or who for him) I had specified that there were ramps to go and under no circumstances was then raised the smallest question to get more specific information. We talked about times and fresh wine to keep in the fridge, but never about inclinations and so serious problems of collective mobility. Those who took care of organizing Karl's journey seemed more excited to come to Rome than to avoid any minor inconvenience.

I know that they then found an accommodation outside Rome, without ramps and without elevators.
It was a wise decision to take refuge in a place where the mobility of wheelchair users did not need to struggle and to be helped. Wise decision, but very late. They should have try, since the first moment of the organization of their journey, to find a situation of this kind, albeit far from the historical center.

Karl complains that there were no restaurants in the area. It is an untruthful statement, because he couldn't have had any way of verifying it, at that time of night.

My apartment is located in the Monteverde area (Green-hill), a stone's throw from the Park of Villa Pamphili that leads to the Gianicolo and the Vativano. The Monteverde area is dotted with beautiful, quaint and hospitable restaurants and is in close proximity (a few minutes walk) to Trastevere, which is the "Quartier Latin" of Rome, a very lively center full of all kinds of restaurants, wineries and various meeting places. I would have taken him to dinner in a picturesque place run by friends, where he, naturally, would have been my guest.

But, at that time of night and because of the fatigue of the journey, Karl wouldn't have been able to appreciate the virtues, the beauty and the vitality of the neighborhood. I'm really sorry for him.
Dit antwoord is de persoonlijke mening van de managementvertegenwoordiger en niet die van TripAdvisor LLC zelf.

Spacious quiet apartment in the heart of Rome

Vertalen naar het Nederlands
Datum van verblijf: september 2018
Je leeftijdgroep 25-34
Kun je dit hotel aan vrienden aanbevelen?   Ja.
Was dit een nuttige beoordeling? Ja
Deze beoordeling is de persoonlijke mening van een TripAdvisor-lid en niet die van TripAdvisor LLC zelf.
Thank you, dear Ghisy, for your kind words. It was a pleasure to host you and your friends and I really hope to see you again. I would also like to know, in case you want to come back in my apartment, what you would like to find in the fridge to console you of the trip fatigue. Claudio
Dit antwoord is de persoonlijke mening van de managementvertegenwoordiger en niet die van TripAdvisor LLC zelf.