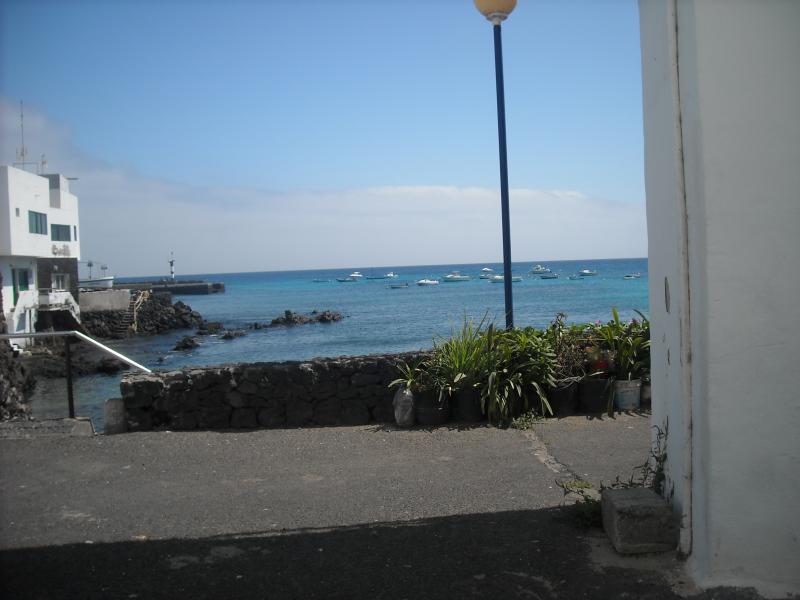 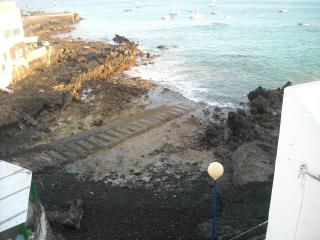 Datum van verblijf: december 2015
Pluspunten: the vieuw
Minpunten: the cleaning
Reisgroep: Echtgenoot/partner
Kun je dit hotel aan vrienden aanbevelen?   No.
Aanbevolen voor:
Was dit een nuttige beoordeling? Ja
Deze beoordeling is de persoonlijke mening van een TripAdvisor-lid en niet die van TripAdvisor LLC zelf.
This review is a bit confusing as it is 2 languages and some of it is lost in translation, but the gist of what we get is that there were some cleaning issues and the apartment was not as luxurious as they are used to. There were also some problem with light bulbs and the key.
Regarding the cleaning we are very sorry that the apartment was not as clean as they expected. It should have been clean and we are addressing the issue. If they would have contacted us we would have sent someone over immediately to correct the problem. The same goes with the lights.
The apartment is well above basic, very modern and has everything you would require in an apartment. We never advertised the apartment as a luxury apartment. The main bathroom is to a high standard with a lkarge corner bath and shower, the second bedroom has an en-suite, the lounge has a large flat screen TV and internet. The kitchen is modern and fully fitted with a fridge-freezer, full cooker, ceramic hob, microwave, electric kettle, coffee maker, full complement of dishes, utensils, pots and pans, etc..,etc., etc. We also have a washing machine. The apartment has everything you would have at home. We reject any claim that the apartment was below the standard described as advertised. Once again if the guest was not happy they could have contacted us prior to the end of their holiday. We had been in regular contact with them prior to their stay.
As far as the key being left in the water meter box we were told that the guest's daughter would be picking up the key in the afternoon Saying that the key left was only for the front door and did not open the door to the apartment. We will review our key pickup procedures. We also would like this part of the review to be removed for security reasons.
Overall we were disappointed with the review and will look at the issues raised by the guest. Saying that we do wish the guests would have contacted us when they discovered the problems.
Dit antwoord is de persoonlijke mening van de managementvertegenwoordiger en niet die van TripAdvisor LLC zelf.

Machinevertalingen weergeven
Datum van verblijf: januari 2014
Reisgroep: Compagno/a
Kun je dit hotel aan vrienden aanbevelen?   No.
Was dit een nuttige beoordeling? Ja
Deze beoordeling is de persoonlijke mening van een TripAdvisor-lid en niet die van TripAdvisor LLC zelf.
Oorspronkelijk ingezonden in Engels op www.tripadvisor.it. De oorspronkelijke versie bekijken
This review is very inaccurate and the result of the guest failing in his attempt to extract compensation from us. First of all the apartment was clean. Our rep visited the apartment shortly after the guest arrived and was told everything was fine with the exception of 2 wet towels which is I accept unacceptable but what the guest failed to write was that there were also dry towels for there use. This was a very late booking and we had a changeover the same day so it took a lot of effort the get the apartment ready for the guest in time. On top of that they had an early flight. Our rep visited the guest shortly after their arrival and was told everything was OK with the exception of the TV which was getting poor reception for some reason. She offered to replace the wet towels. We arrived at the apartment the same day the guest left and the TV was working. I do accept that at the time it may have been intermittent. At no time did the guest while they were in the apartment contact us about any problem other than the TV.
Our apartment is lovely and sits right on the seafront. This review in no way accurately describes our apartment and the score of 1 is totally unfair and vindictive. The guest who wrote this did so because we did not give him a refund. This review system attracts people looking to get some payment.
Dit antwoord is de persoonlijke mening van de managementvertegenwoordiger en niet die van TripAdvisor LLC zelf.

Machinevertalingen weergeven
Datum van verblijf: oktober 2013
Pluspunten: Location
Minpunten: wifi reception poor, and felt mislead as to existence of sun terrace
Reisgroep: Vrienden
Kun je dit hotel aan vrienden aanbevelen?   Ja.
Aanbevolen voor:
Was dit een nuttige beoordeling? Ja
Deze beoordeling is de persoonlijke mening van een TripAdvisor-lid en niet die van TripAdvisor LLC zelf.
Oorspronkelijk ingezonden in Engels op www.tripadvisor.co.uk. De oorspronkelijke versie bekijken
First of all we find the review very misleading and grossly unfair. Although there were some references to the roof terrace is our listing we made it very clear in our reply that it is not accessible from the ground floor bottom apartment. We have removed all references to the terrace in the listing. The internet being in a rural area can be intermittent at times but we find it normally very reliable for email etc. We previously advertised both apartments on the same listing. The bedrooms are not small. The second bedroom with the pine furniture is of average size, large enough for a double and single bed. The main bedroom is very large and has a king and single bed with white modern furniture. Regarding the hot water we have a very large tank which is on constantly and services only one apartment. The modern kitchen is fully equipped with cooker with 4 ring hob, microwave, fridge freezer, electric kettle, toaster, pots and pans, cutlery for 6 including kitchen knives, cooking utensils, full set of matching dishes, serving dishes glasses, cups, etc. There is also an iron with ironing board. There is a washing machine. The guests failed to mention the main bathroom with it's corner bath and walk in shower.
The access lane does not allow cars and leads only to the water and is not very busy. We sit out there regularly and are seldom disturbed.
Overall as indicated above we find the review immensely misleading. We made it very clear that the apartment did not have access to the roof terrace. We also find the reviewer's descriptions of the apartment inaccurate. Although not on the terrace the view from the patio windows is directly overlooking the water only 2 metres away. There are table and chairs to sit outside.
Dit antwoord is de persoonlijke mening van de managementvertegenwoordiger en niet die van TripAdvisor LLC zelf.